During the mid-1960:s, Soviet authorities decided to allow more foreign tourists to enter the country. Several key cities were chosen, among them Tallinn. New passenger ferries with Western visitors started to arrive from Finland in 1965 at the hastily built passenger terminal. The tourists were guided around the city in red Intourist buses, with vigilant guides making sure that no one would talk to the locals. There was one problem however: a serious shortage of modern accomodation for the foreigners.

Viru hotel was completed in record breaking 36 months. It became finished in 1972 and was then one of the biggest and most modern hotels in Soviet Union. It was built by a Finnish construction company, officially as a gesture of goodwill to the Finnish working class. Unemployment rate in Finland was pretty high at the time, while unemployment rate in Soviet Union was at a rock stable zero percent: being unemployed was simply illegal, a job was guaranteed for every citizen.

The unusual preference of a Finnish building company over a Soviet one can probably be attributed to the fact that the new hotel had to meet European standards. Once the building was complete, KGB moved in and sealed off the 23:rd floor.

Viru hotel had it all: swimming pools, top chefs and state of the art equipment. It was the obvious choice for foreign visitors (they were simply not allowed to stay in most other hotels) and also prominent Soviet citizens like Valentina Tereshkova, the first woman in space. Even the surveillance technology was state of the art: 60 of the 420 rooms had built-in microphones monitored by the staff on 23:rd floor.

Colorful posters of women swimming in the pool: pretty bold for its time. 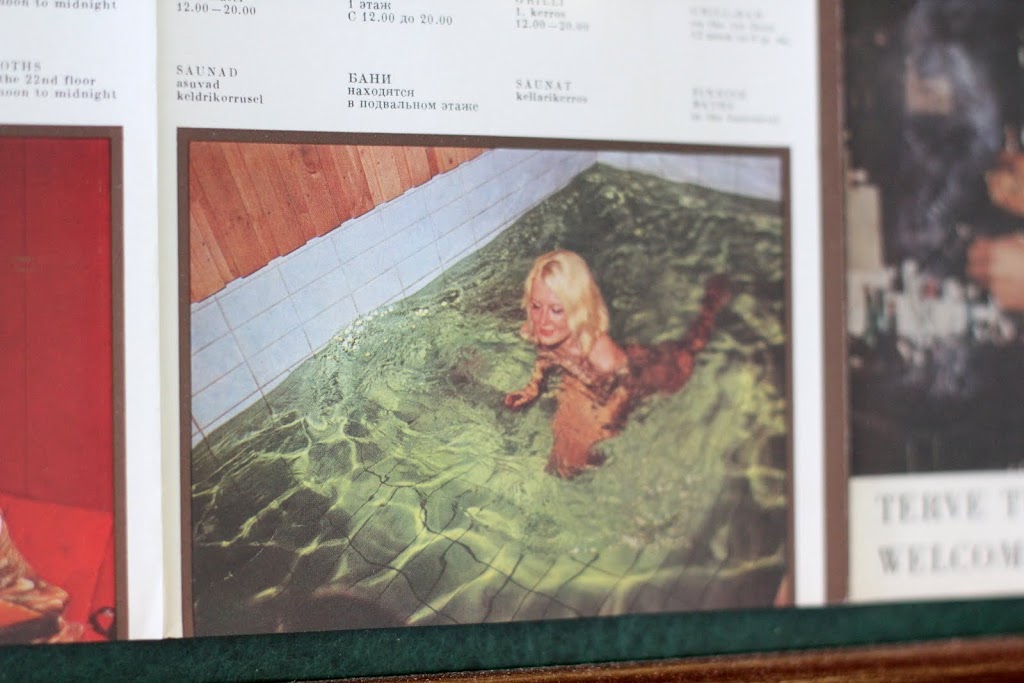 Current hotel management inherited some old artifacts, such as the “book of complaints and suggestions”, the international guest version. All government institutions were required to keep one. Too many complaints meant a serious threat to the bonuses and employment security. 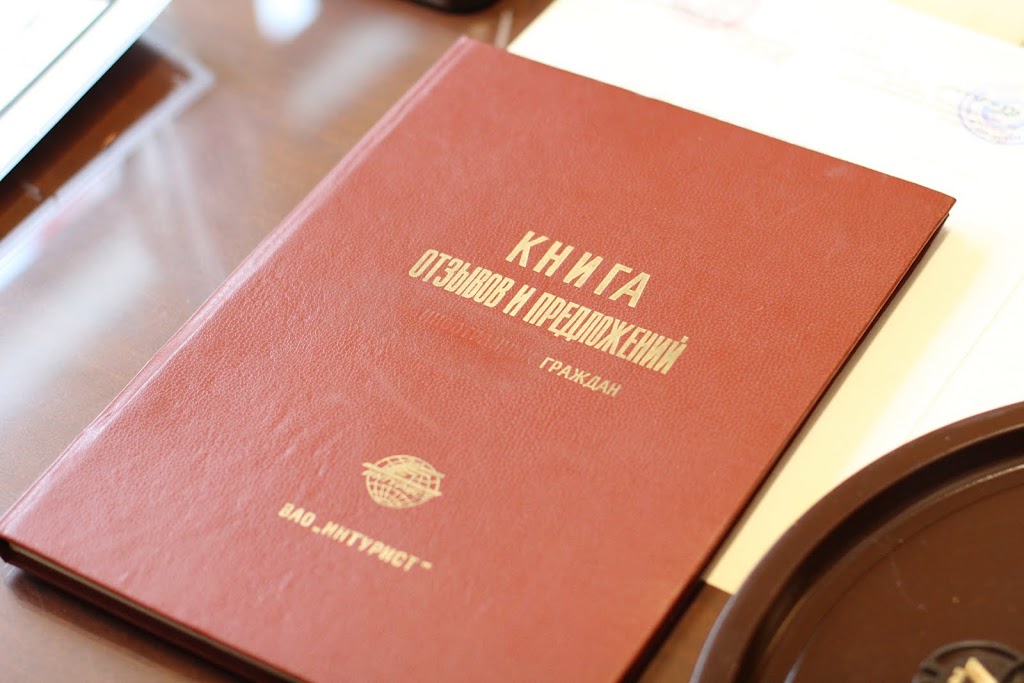 The list of “non-desirables”. This is actually a list of prostitutes. Some news stories about this hotel mentioned the list of “undesirables” but failed to understand its true meaning. Officially, prostitution didn’t exist in Soviet Union – which meant that no one could be arrested for prostitution, because that would acknowledge the problem. Known prostitues were simply banned from entering the hotel. 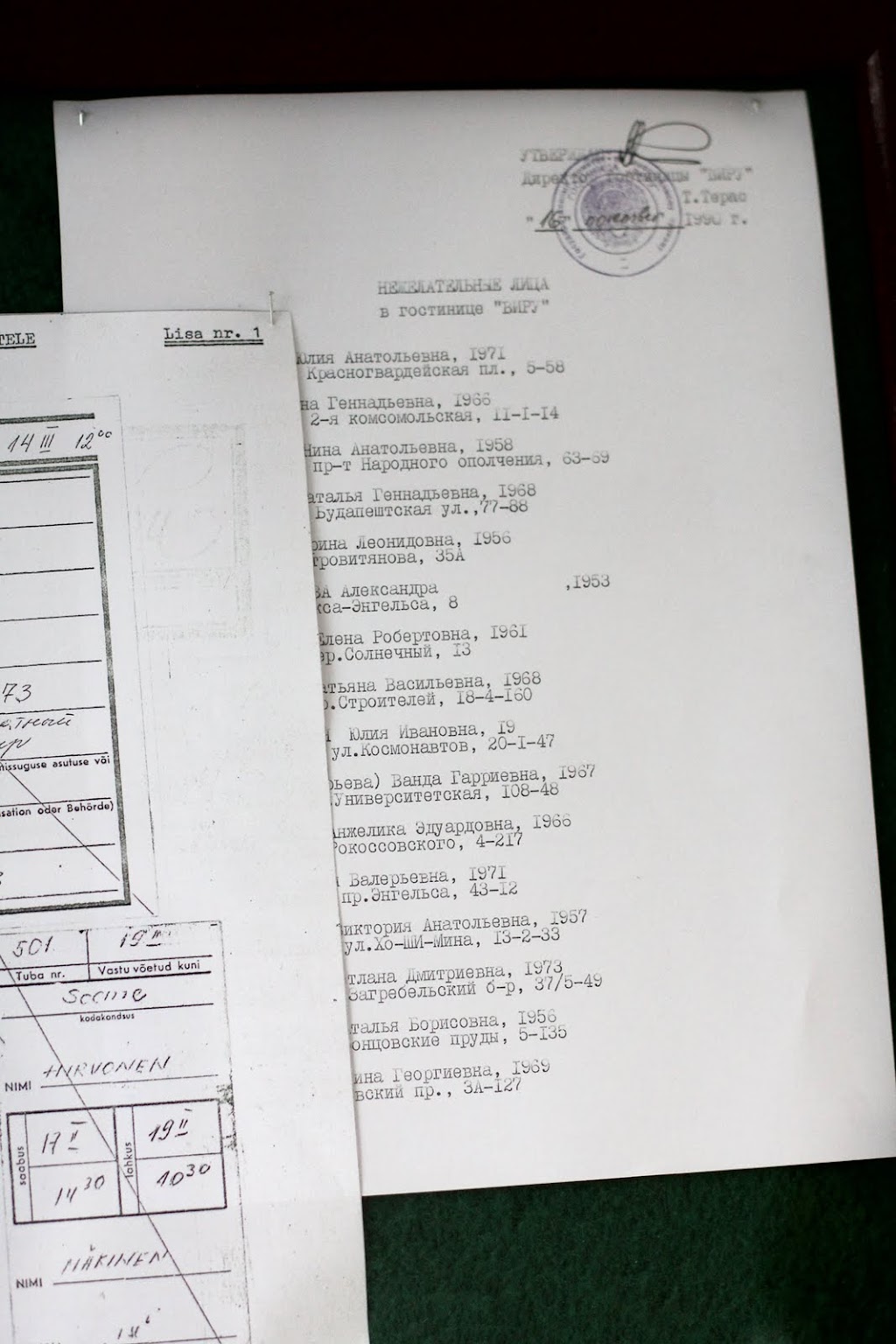 The top floor is now a museum, thanks to the hotel manager: 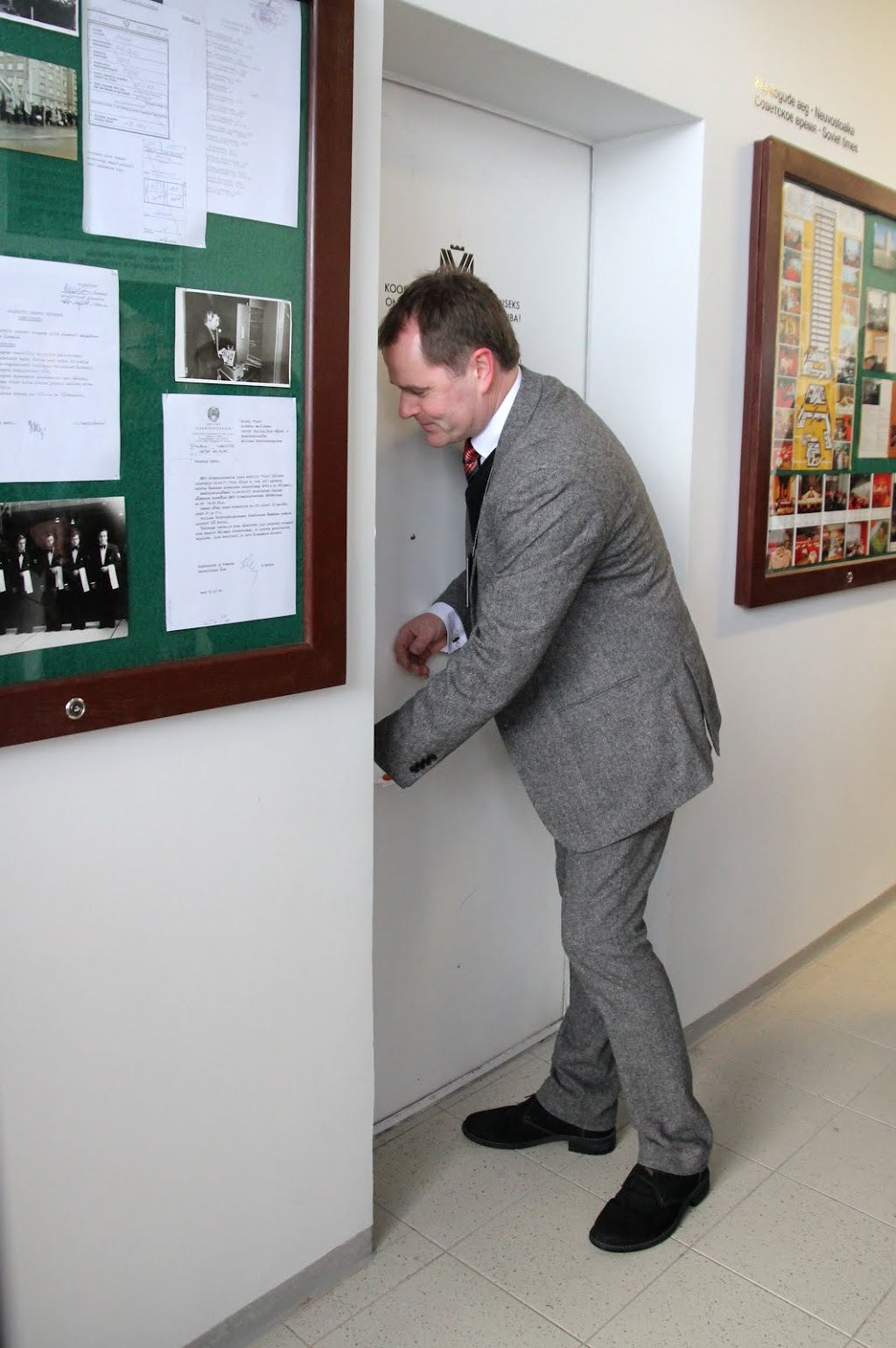 The doors didn’t use to have any signs whatsoever. The new museum staff painted some “Nothing to see here” notes: 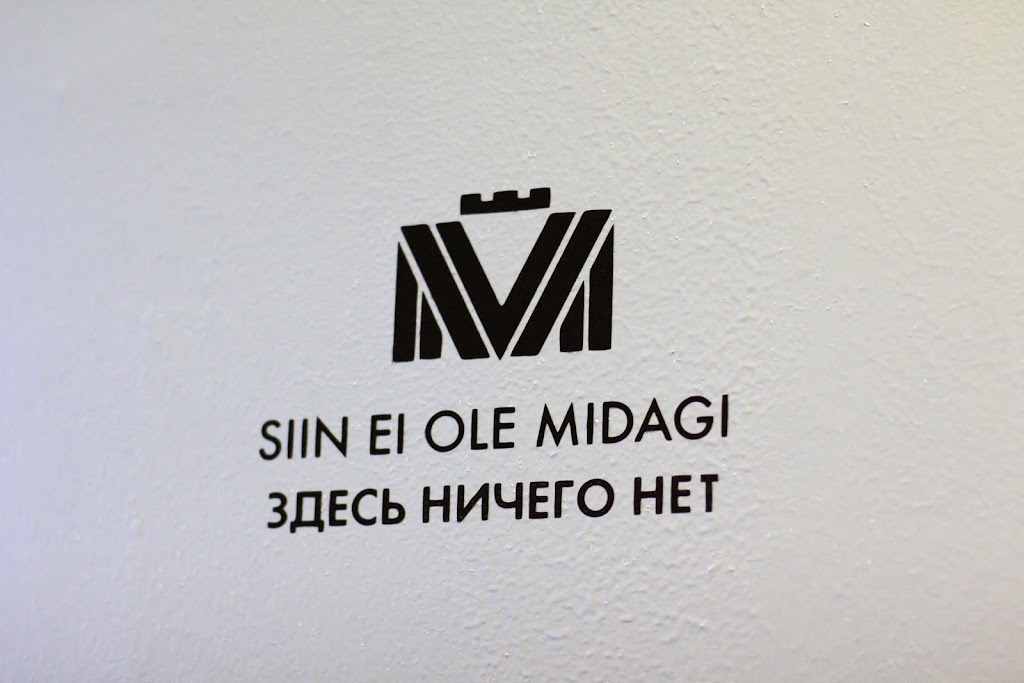 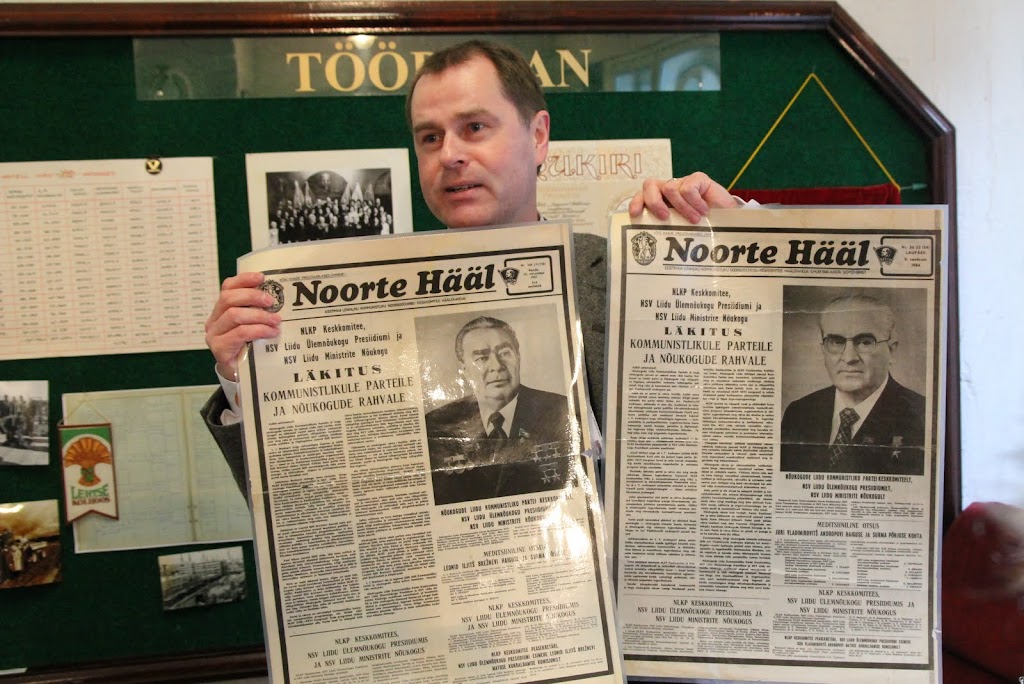 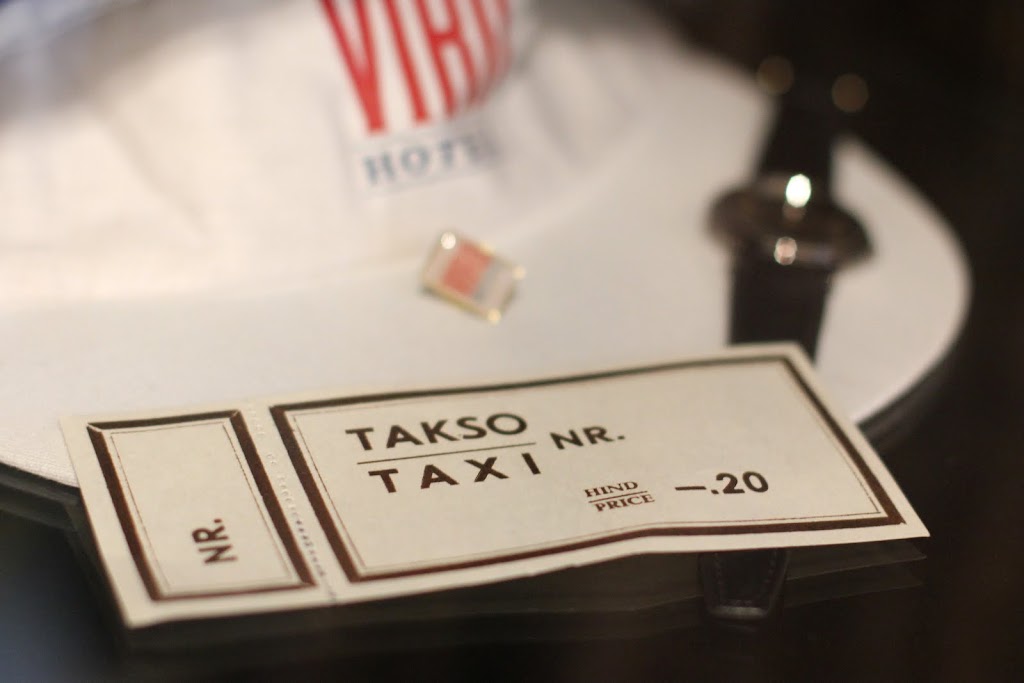 The museum tries to reproduce a Soviet manager room using some of the remaining appliances from the time. The table TV set used to be a real luxury item back then. 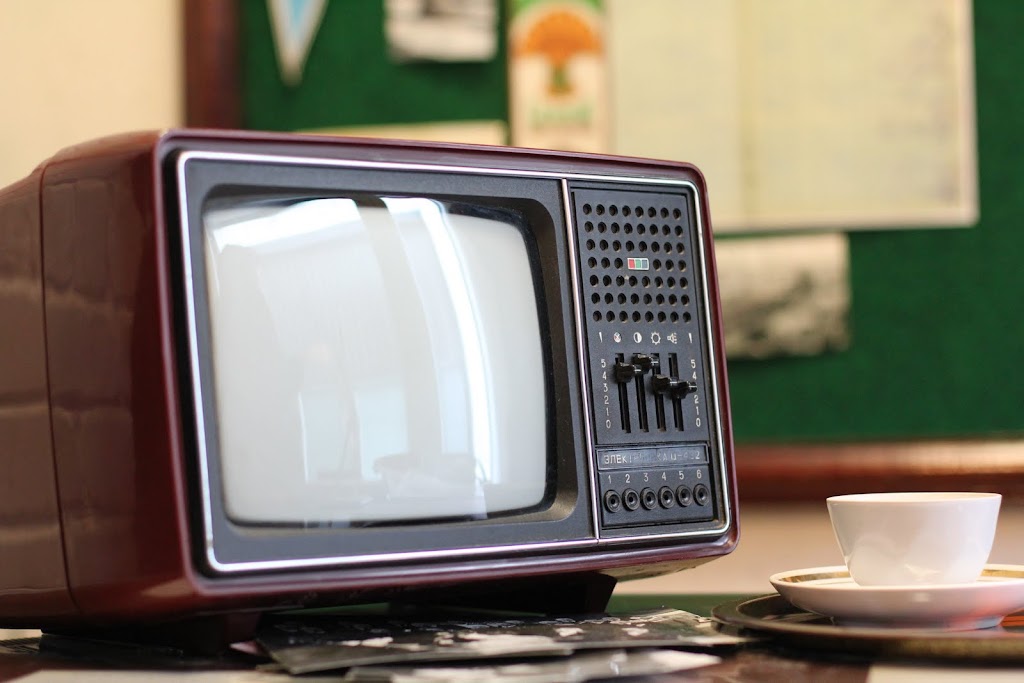 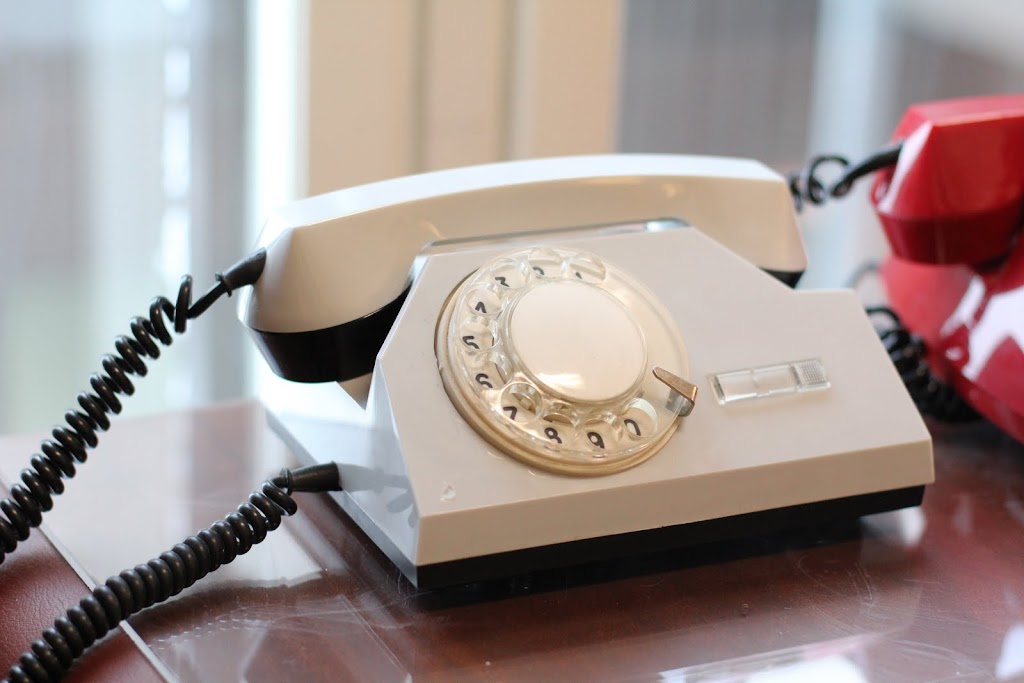 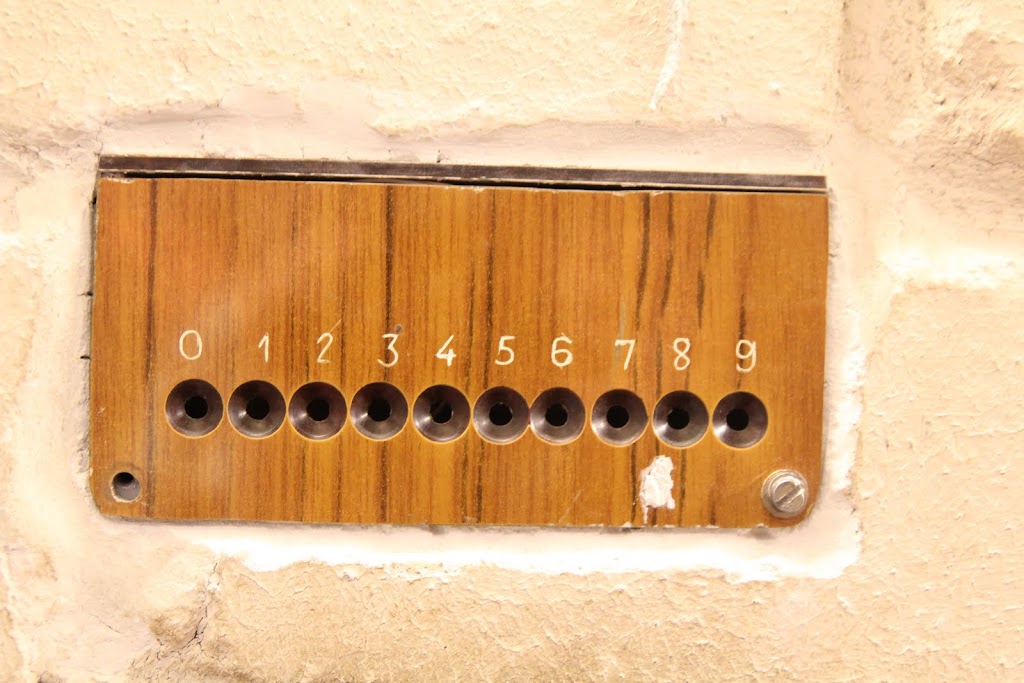 Local staff were forbidden to talk to the guests or to accept gifts from them. Being constantly monitored was not enough. Sometimes the employee’s loyalty was tested by dropping a fake purse with color ampoules in it – to check whether it would be returned to a guard, or opened. 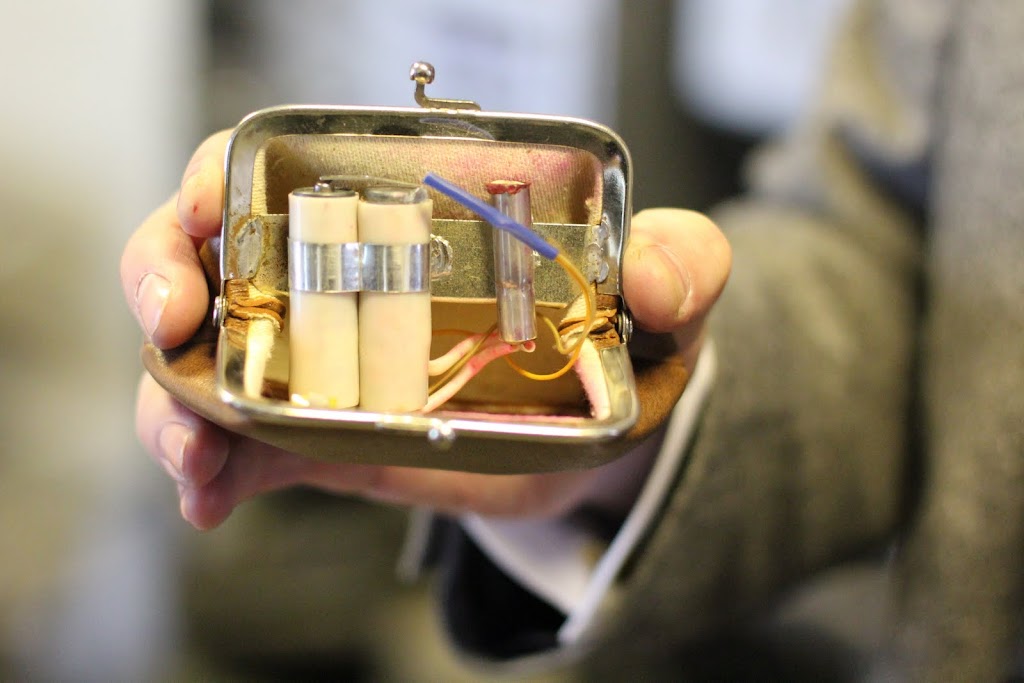 Very little remains of the old days. KGB personnel took most of the surveillance equipment with them in 1991 and destroyed the rest, but a few pictures survived and can give some insight to the past. 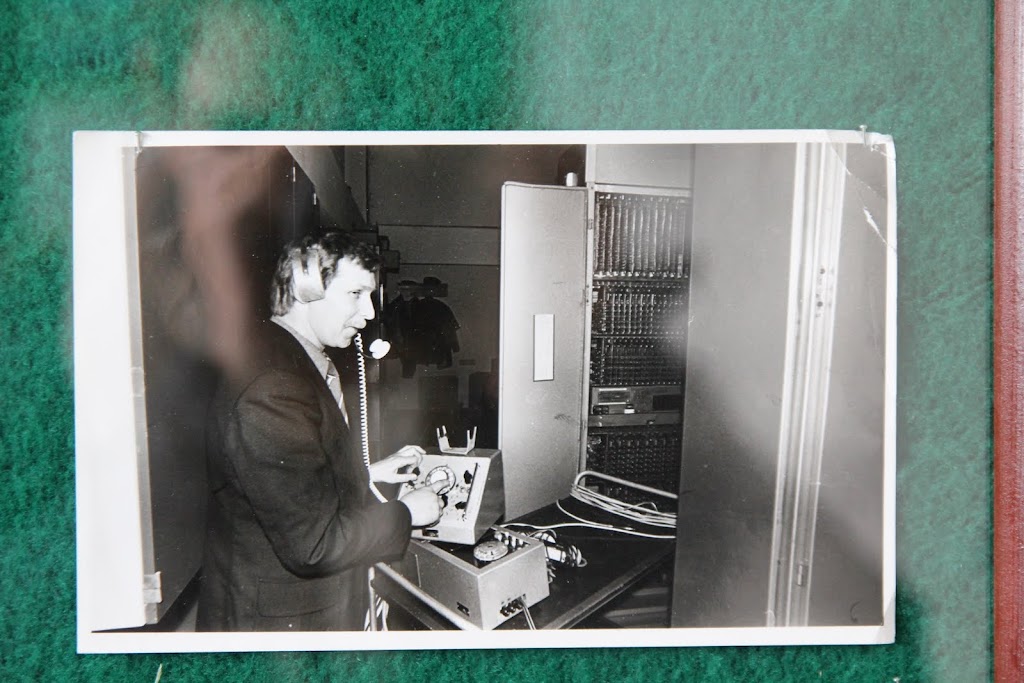 Officially, this was a utility room. 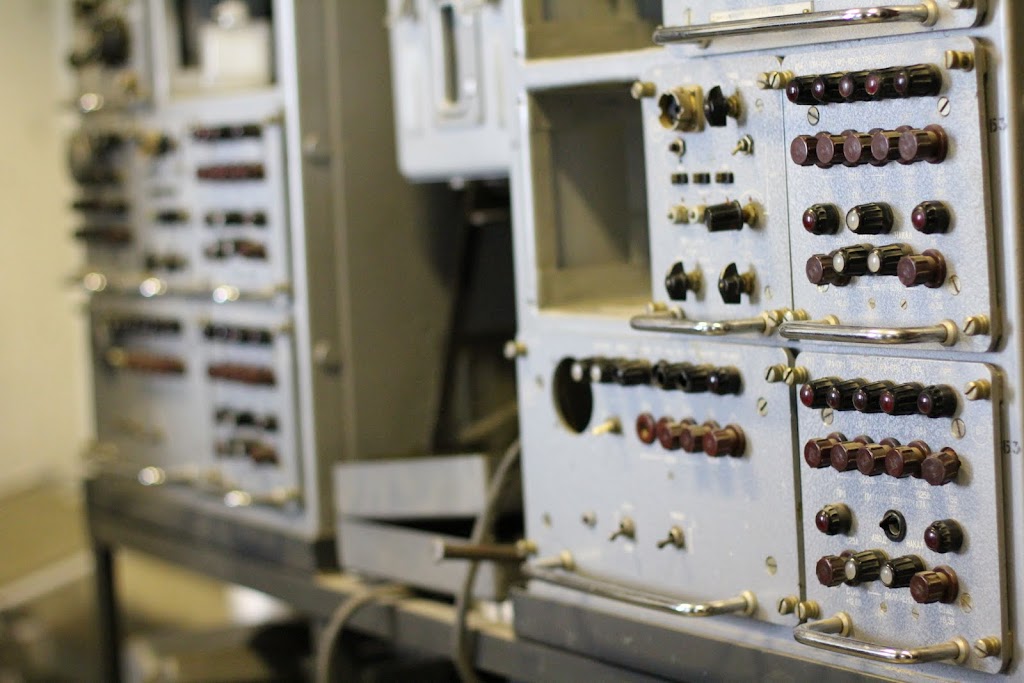 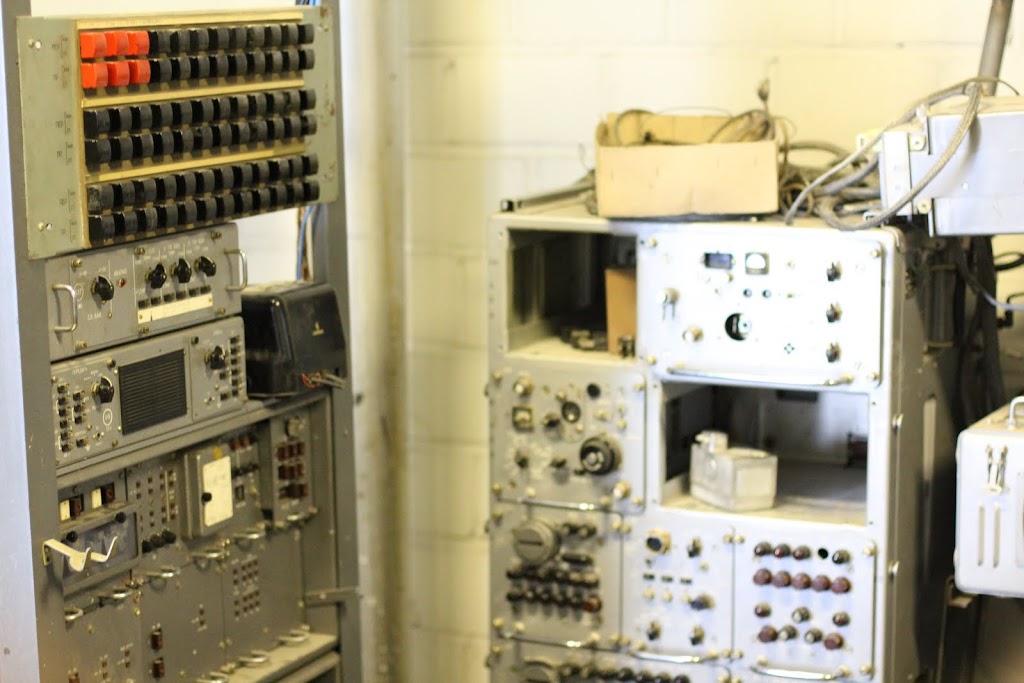 There used to be portable microphones built into ash trays and similar items that could be put in any room in the building. Thanks to the technological progress, this type of things is nowadays done automatically by computers. Back in the 80:s this required a whole army of full-time staff – monitoring, recording and typing every word of the potentially subversive tenants. The good old tradition of mass monitoring is kept alive in today’s Russia and many other countries. For instance, today’s FSB is monitoring the internet – by forcing providers to buy and install all necessary equipment. 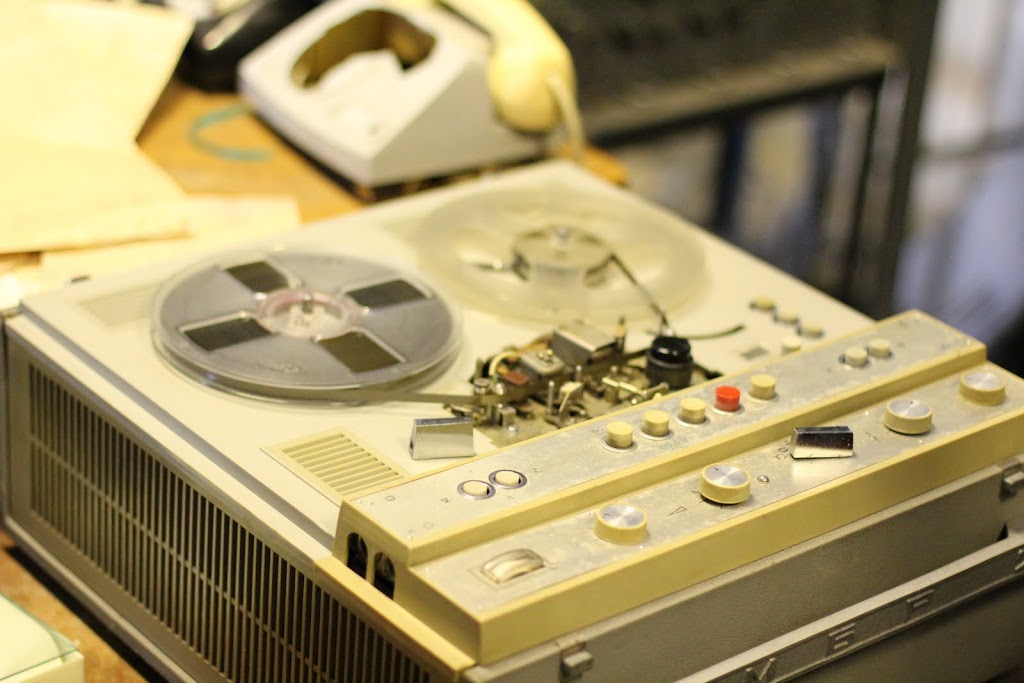 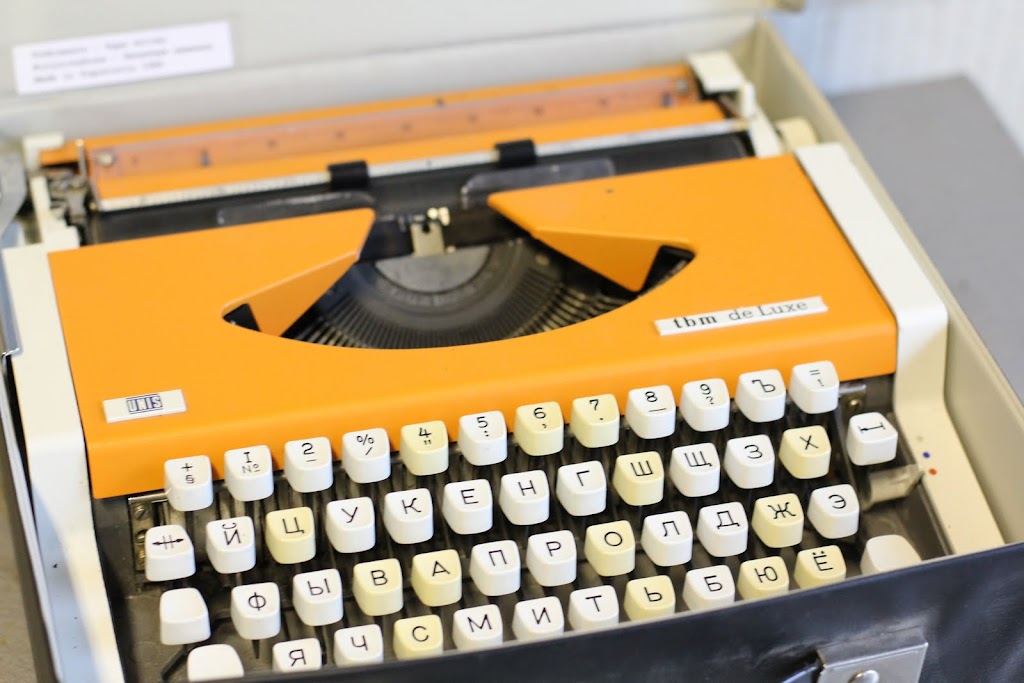 Many of the people who used to work here continue to live in the country. The whole matter is highly sensitive: many families still have relatives or know someone who used to collaborate with special services. For instance, everyone dealing with foreigners had to report to the KGB on a regular basis in order to keep their jobs. No one seems to like digging up the past though, so unlike other museums, there are virtually no names here.