1930:s were turbulent times. It was the decade of The Great Depression; Nazism was on the rise, mass executions initiated by Stalin were taking place in Soviet Union and Gandhi embarked on his second public fast. Sweden was hit hard by the financial crisis, the country struggled to contain poverty and social unrest. Efforts were made to reform the welfare and criminal justice system, and big steps were taken towards the introduction of a public school and healthcare system. In 1937, same year as the Hindenburg disaster, Södersjukhuset hospital was built on top of one of the highest mountains in Stockholm, with a nice view over lake Mälaren. It became the biggest hospital in Scandinavia, and the largest building in Sweden at the time. The hospital had its own water pumps: city water system didn’t have enough pressure to deliver water all the way to the top of the mountain.

The odd hospital location was chosen for a reason. A big war hospital was secretly being built deep inside the mountain underneath Södersjukhuset, capable of receiving thousands of wounded soldiers. The soldiers were supposed to be shipped to the capital city by train or boat. A small railroad line was built in 1936 specifically for that reason. The track runs mainly through tunnels, connecting Södersjukhuset hospital with the main railroad line.

The railroad is present to this day. Even though the old tracks have not been used for a long time, the authorities keep them in a good enough shape to be used by a diesel engine without derailing. 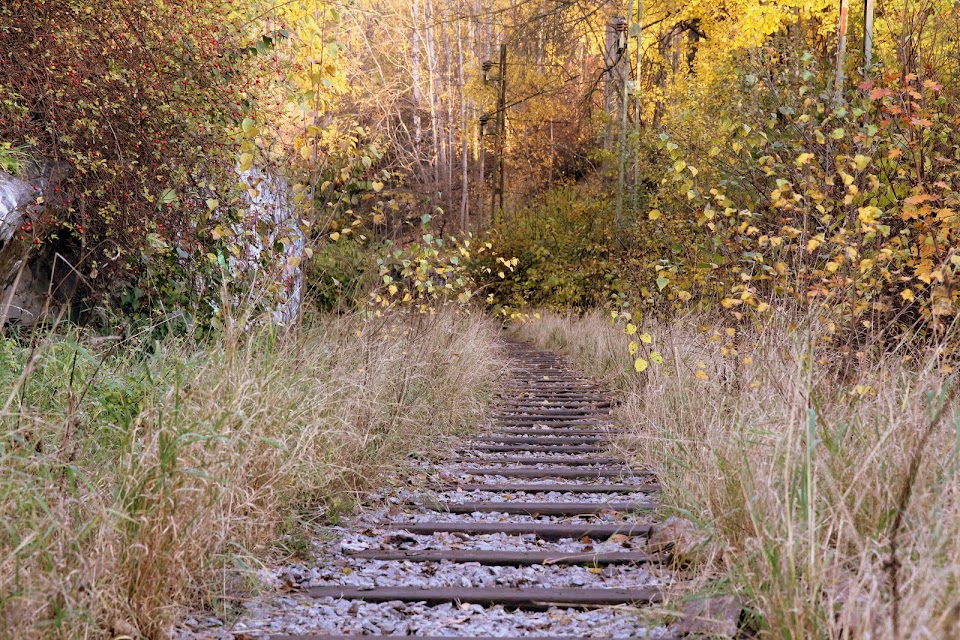 The large war hospital was never actually finished back in the 30:s due to the lack of funds. The large underground facility with its many rooms, including the 550 meter long railroad tunnel leading to it, were abandoned at the end of WW2. Building a critical military facility in a vulnerable coastal city was simply a bad idea. 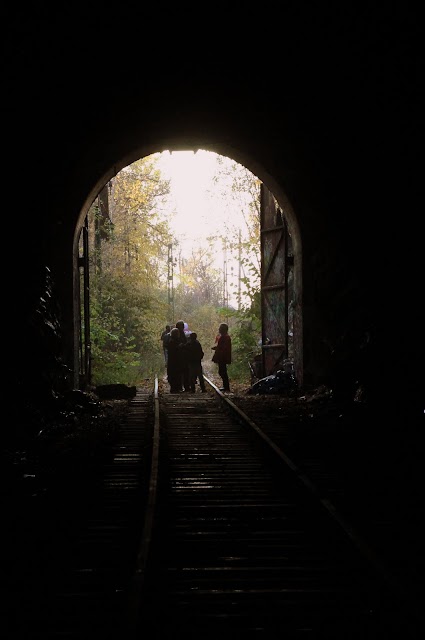 Things changed in 1994. The old dungeons got modernized and reincarnated as the Disaster & Emergency Medical Centre. The facilities are currently used for research and training purposes, designed to be convertable to a self-supporting emergency hospital with its own source of water, electricity and communications. 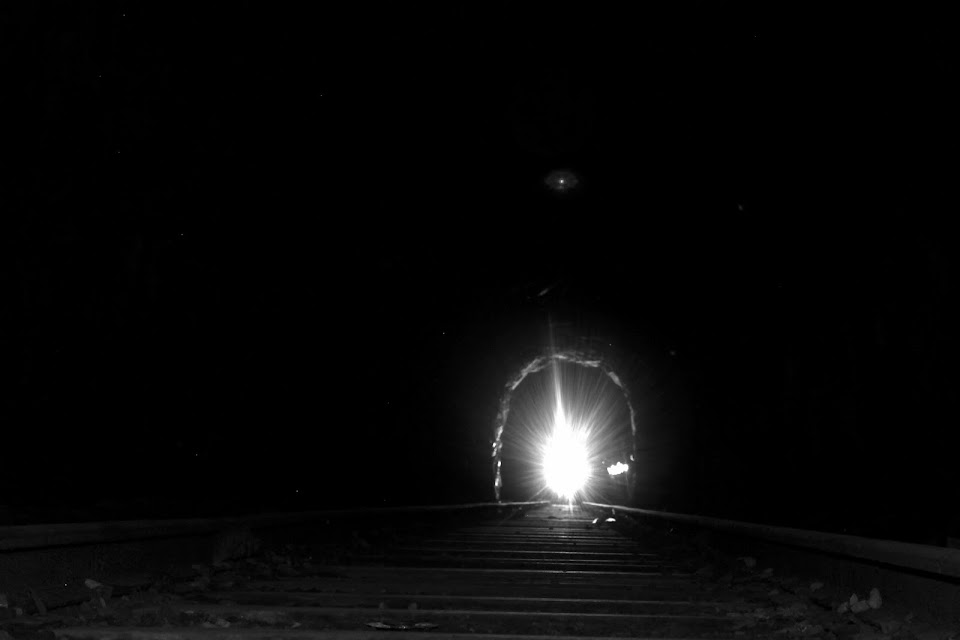 The railway to the hospital is passing through two tunnels. The first one leading to the hospital is locked shut. The images here are from the second small tunnel called Eriksdalstunneln. It’s about 500 meters long and is easier to get into. 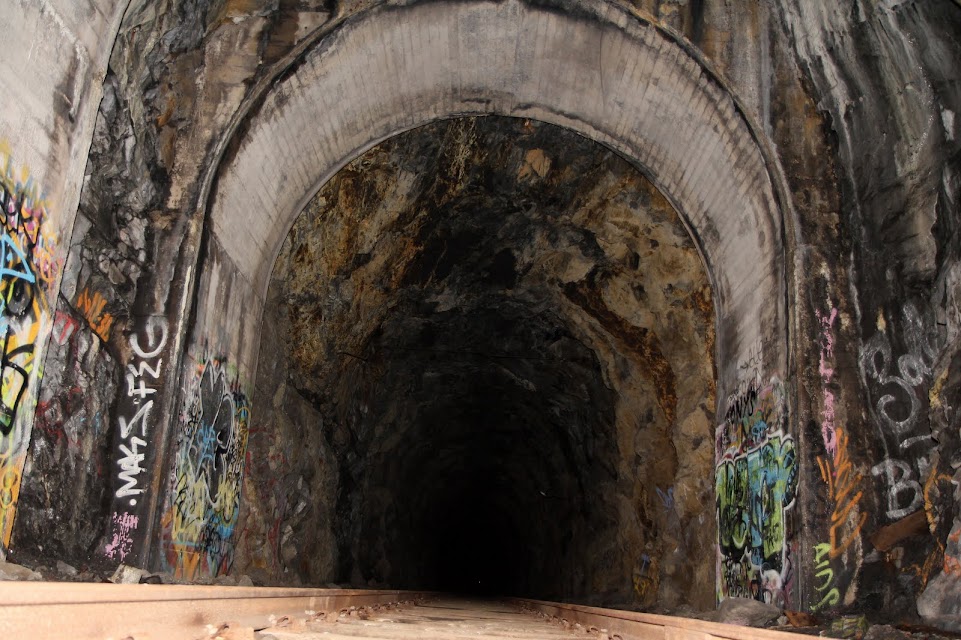 No trains have been running here for many years, except for an occasional police or fire department drill. 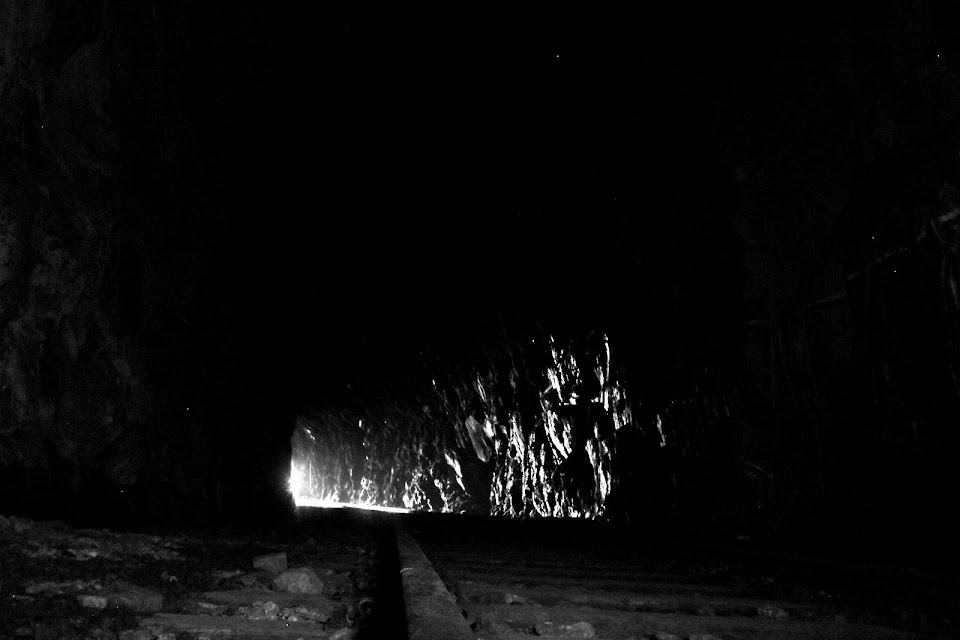 Some people manage to get in. 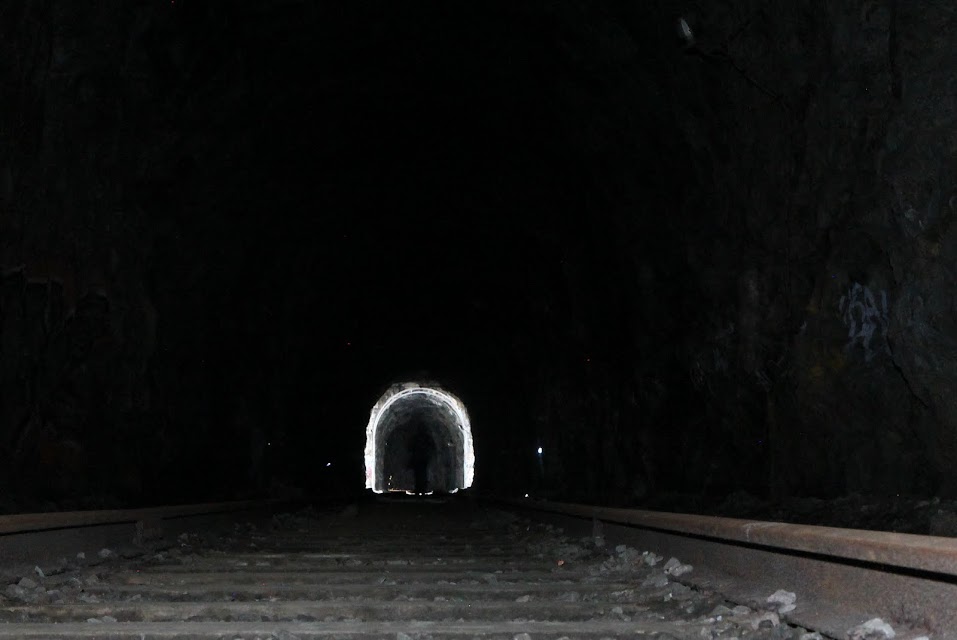 The large gates were installed to keep the graffiti artists and the homeless away from the tunnel. 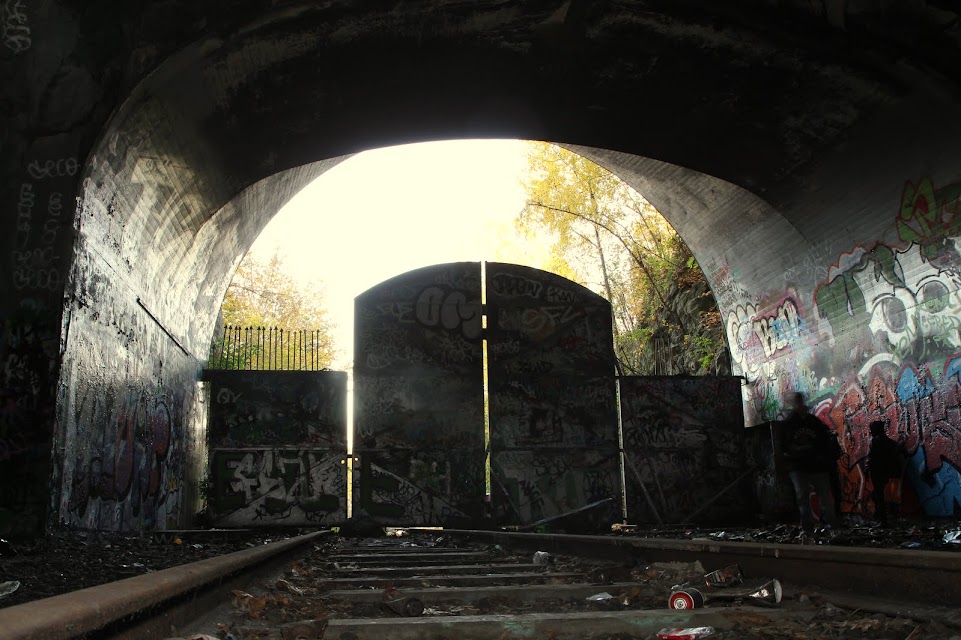 But people get in anyway. 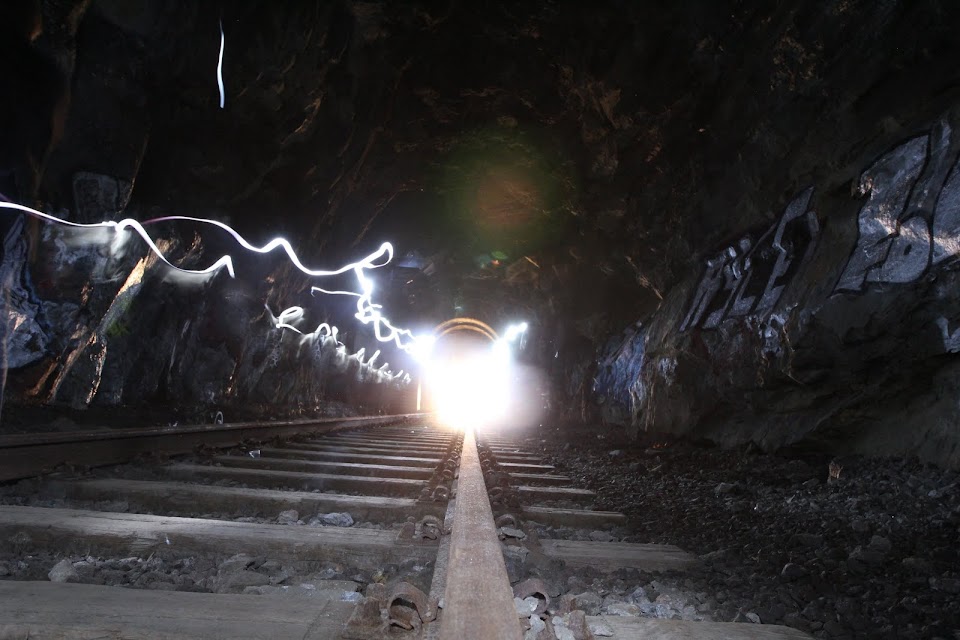 The floor is covered with spray cans and other garbage; the ceiling is sometimes black due to improvised camp fires being lit here. 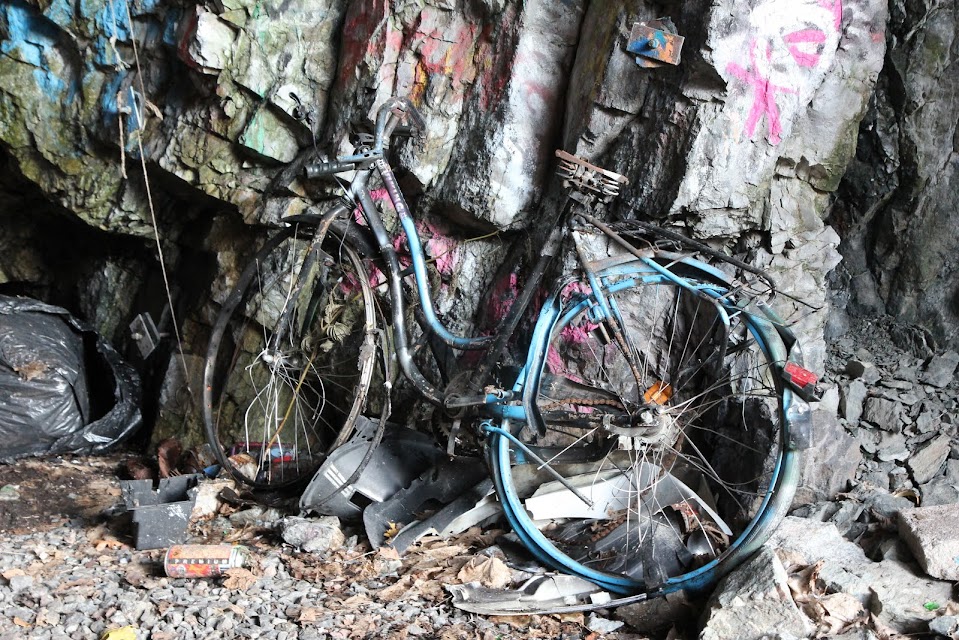