Climbing to the top of Victoria Tower

Scandic Victoria Tower is a new high rise building in Stockholm area. The T-shaped tower is used as a hotel, which makes it the highest one in Scandinavia. It was built in Kista, the Silicone Valley of Sweden just outside Stockholm. Most major IT companies have an office in this area. The majority of all buildings in Kista used to be owned by Ericsson – but this has now changed, many offices are overtaken by IT startups and direct competitors such as Huawei. Evil tongues claim that the new tower was built to please business people from Asia: living in small buildings is considered to be below their dignity. Be it as it may, the local Swedish Manhattan has a grand total of two skyscrapers now. 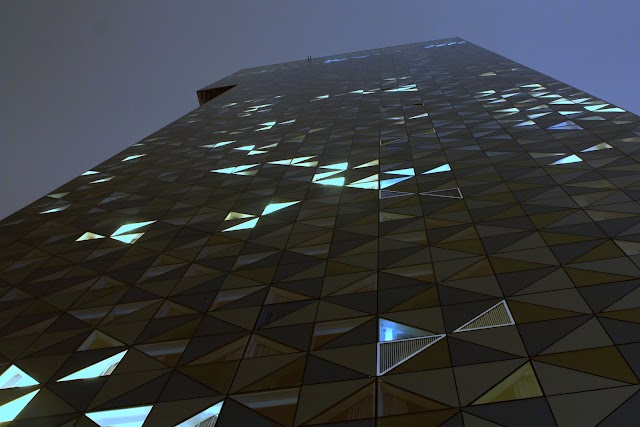 Victoria Tower is 120 meters / 35 floors high, commissioned by a rich Norwegian guy and named after the Swedish princess Victoria. 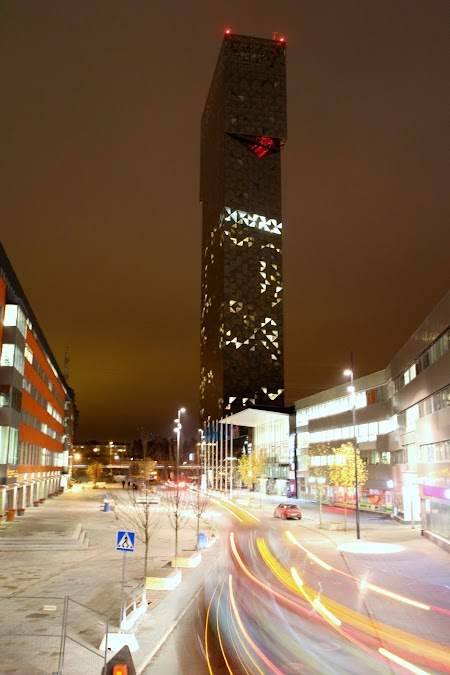 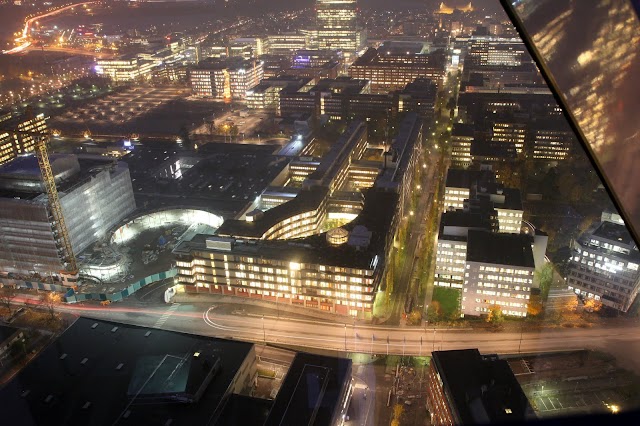 The triangular windows design is fun but slightly unpractical. 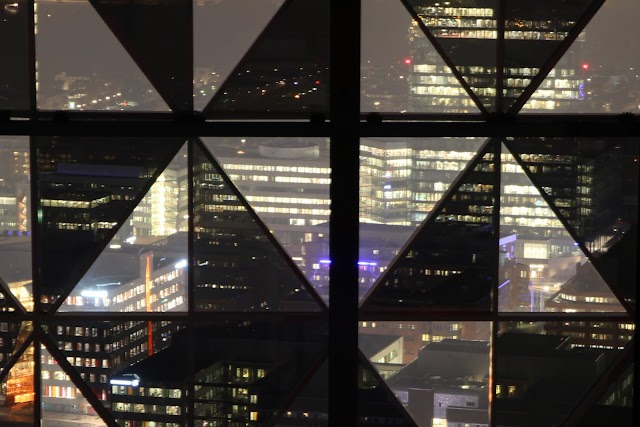 The roof terrace is enclosed by a two-story window structure 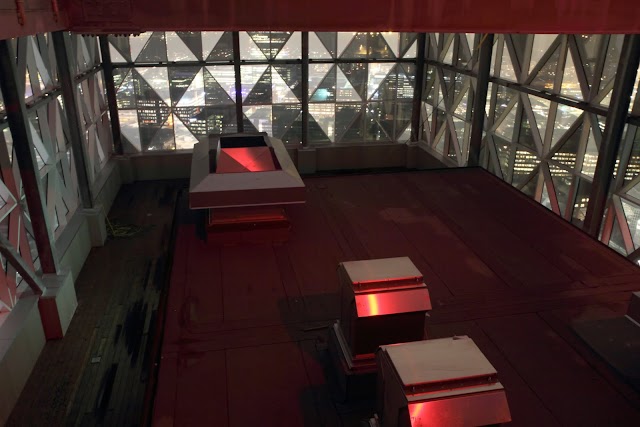 Fortunately, the roof can be accessed – all you need is a big ladder (legal notice: please don’t climb there yourself though: it’s dangerous and probably illegal!) 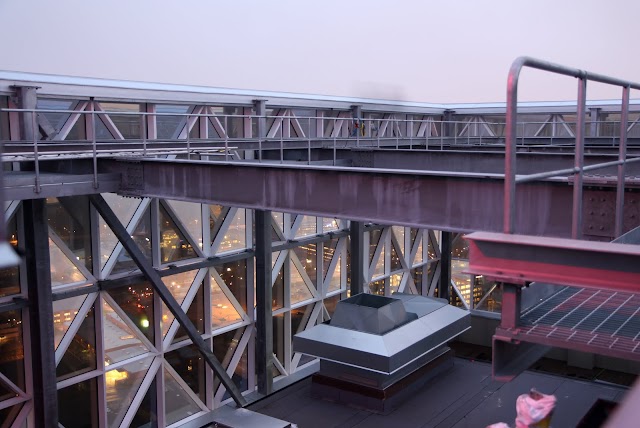 The red warning lantern is supposed to prevent planes from crashing into the building. 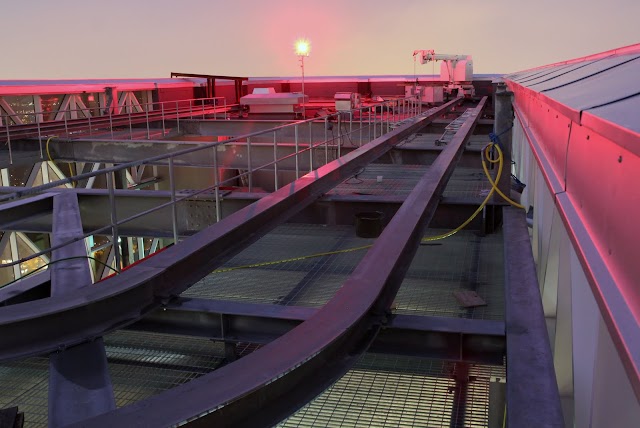 Two steel beams are loosely attached to the roof – also seen on the very first photo. They’ll be used to hold window cleaning cradles later on. 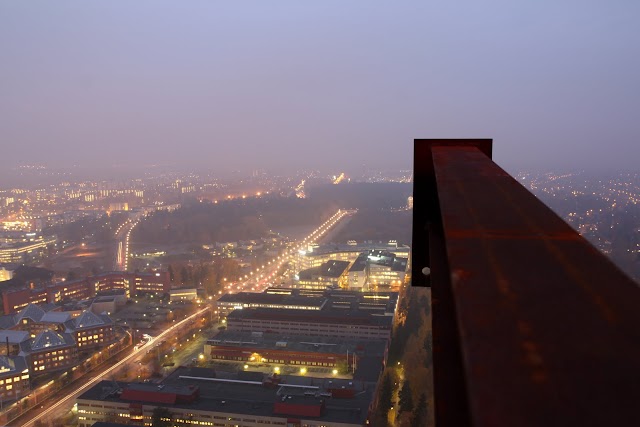 Rooftop view from the beam: highway to the Arlanda airport 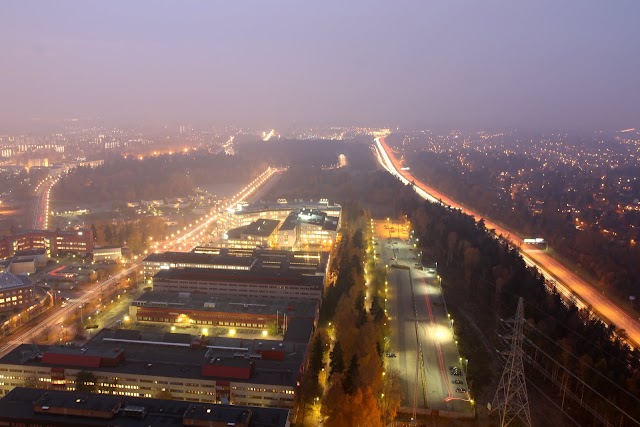 Looking straight down from the roof; the glass facade blends into the surroundings (bottom part) 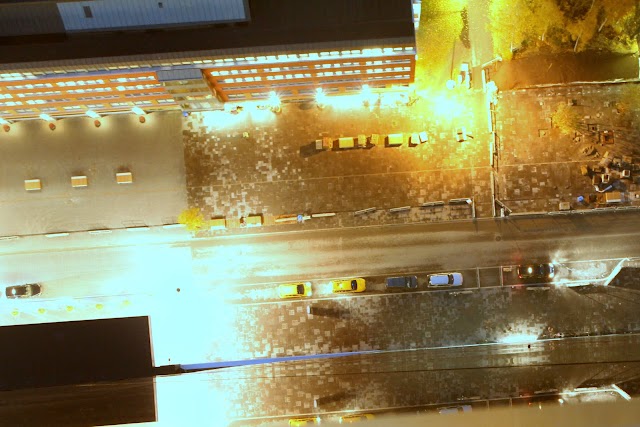 Kista Science Tower used to be the tallest building around. 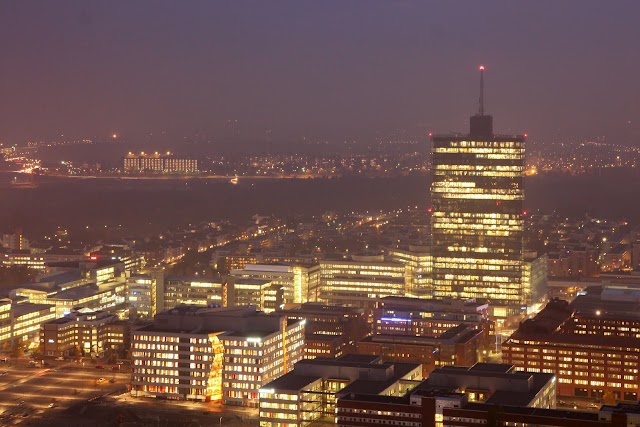 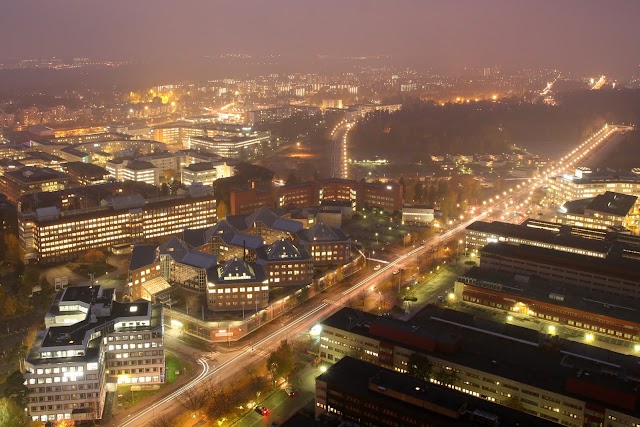 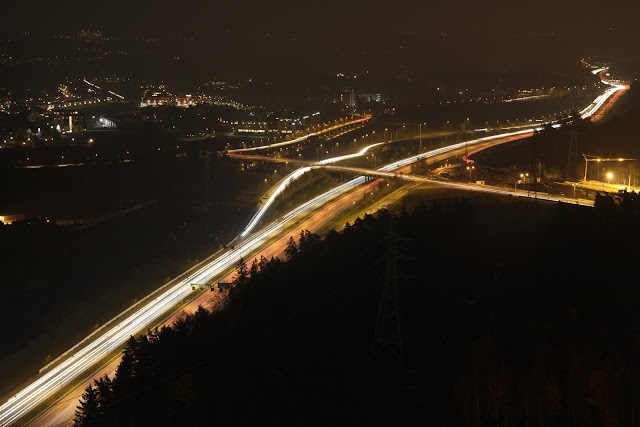